Do you want to buy or sell shares in a Polish company? Check out how the ownership of a property may impact your plan! 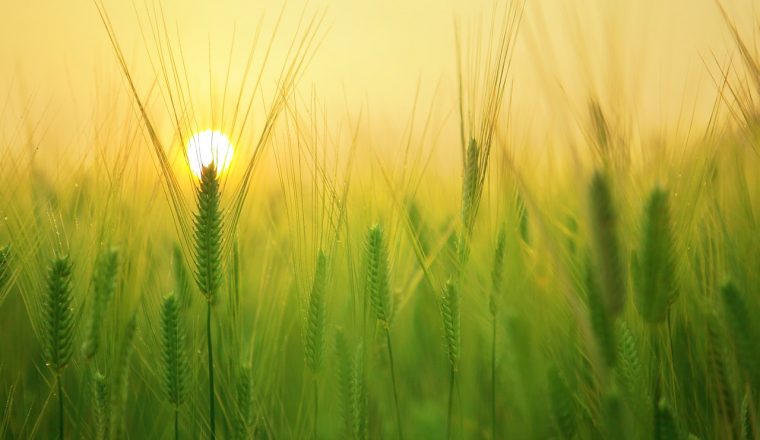 The sale and purchase of agricultural land under Polish law have been recurrently amended over the past few years. For the most part legal provisions aim to protect the countrys food resources as well as to be self-sustained and independent from foreign food suppliers. Agriculture is considered to be one of the decisive economic branches and its the Lawmakers according belief that it should be accurately regulated.

Consequently, the sale and purchase of land which may be used for farming are subject to various limitations, as well as the sale and purchase of company shares or business assets (fonds de commerce) holding such land. This topic, therefore, is crucial to foreign investors. In this article, I would like to highlight some key points which should be taken into account by foreign investors in setting up a joint-venture with a Polish counterpart owning a real estate or acquiring shares in an already existing entity that owns a real estate. These situations are very frequent and the legal risks related to the agricultural land cannot be neglected.

Agricultural land is defined as any land which is qualified as such in the zoning regulation. The agricultural character subsists not only when the real estate is already utilized for agricultural purposes but also if such use is merely potential. Here arises the first issue: it is a matter of facts, not law whether such utilization is conceivable and often arguable. One may imagine a plot of land which is not used for farming at the moment but still suitable to be used in such a way in the future. Such a real estate will be subject to the legal limitations and the sale and purchase of it offer a significant legal and commercial issue. This pertains green fields in the outskirts of a city which are generally marked as agricultural land under the zoning plan and form an ideal target for investors who wish to construct a production facility (e.g. factory), warehouse or start a business far from farming. Except if planning the construction of residential buildings they will have to face severe legal requirements.

Another point is that in Poland not every region has a zoning plan. Often there is none and the legal character of a given land has to be determined on the basis of other sources; such as a land register or a general concept of zoning plan adopted by a single municipality. Oftentimes the data arising from the two sources are contradictory. Issue concerns only out of city real estate The upside is that these strict regulations do not apply to agricultural land situated within the administrative city limits. Minimum surface: 1 ha and 5 ha The statutory limitations apply only in case if the land exceeds a certain surface. For share deals (transactions where the shares in a company or rights in a partnership are transferred) the minimum surface required is 5 ha. If a company or a partnership owns an agricultural land below 5 ha the share deal can be done without further complications. For asset deals (simple transactions resulting in a transfer of land property) the relevant figure is 1 ha (see below). Transfer of land The transfer of agricultural land having a surface exceeding 1 ha to a non-farmer, requires the approval of the State. This is given through an administrative decision. If the surface is less than 1 ha, transfer approval is not mandatory, but the State has a right of first refusal with respect to such land. As mentioned earlier, these rules do not apply to the real estate situated within the cities.For these reasons an asset deal in Poland may produce complications.

Transfer of shares in a capital company. The share deals are comparatively easier, even if the company owns an agricultural real estate. They do not require the approval of the State. However, the State has a right of first refusal with respect to shares in a company (limited liability company or joint stock company) which owns an agricultural land having a surface of at least 5 ha. It has a right to examine the companys papers and books as well as to request data from the company in order to establish the legal and financial state of the real estate. The shares owner can only enter into a conditional share sale and purchase agreement with a third party. Such an agreement is conditioned by the mentioned right to a first refusal within a statutory time period of 1 (one) month. However, there is a very important deviation from the regular right of first refusal. If the State considers the contractual price does not meet the market value of the shares it may demand that the share price which the State itself will pay is set by a court. Such price revision does not extend to regular share deals or asset deals. And therein we see the significant risk for the seller. Transfer of shares in a partnership and accession of a new member Different rules apply if the sale and purchase agreements relating to the rights in a partnership (general partnership, limited partnership, a partnership limited by shares or professional partnership) owning an agricultural land of at least 5 ha surface. In such a case, if a current member transfers his/her rights to a third party or a new member adheres, the company is obliged to inform the State of such transfer or adhesion. Subsequently, the State has a right take over the property of the land and to set a price for it unilaterally. Such a price should reflect the market value of the concerned real estate. However, in many cases, the partnership may find the price too low and wishes to challenge it.

The partnership thus has to go to court asking for a price revision. Real estate or shares in a company or a partnership as a non-cash contribution It is not possible to avoid the above complications if instead of selling the shares or a real estate we transfer them to a purchaser through a different legal act. For example, one may wish to confer it as a non-cash contribution to a different company, exchange it for some other asset or donate it to a third party. In those cases, very strict rules apply too. The State may take over respectively the land or the shares. The State sets the price unilaterally. The land- or shareowner may challenge the price in court but he has to apply within 1 month from take-over. Mergers, divisions, and transformations of companies and partnerships The right to take over the property of a real estate applies similarly to mergers, transformations, and divisions of companies and partnerships. There is a significant legal and financial risk connected to this kind of MA. Null and void agreements If an agreement related to a transfer of land, shares in a company or rights in a partnership does not match all legal requirements it is null and void. In such a case the Buyer does not acquire the rights for which he/she has paid. The value of the real estate in question or importance for the companys business is irrelevant. Even if the entity owns a relatively small real estate which currently is useless but potentially may be used for agricultural purposes and it is not properly identified within the due diligence process this may trigger the invalidity of the whole transaction. Be careful!

For the above reasons the buyer craving to purchase shares in Polish companies or partnerships should carefully investigate if his/her target entity is an owner of any real estate and if so what legal status of it might be. If it turns out that the entity owns an agricultural land of at least 1 ha then the share sale and purchase transaction should be performed very carefully and by specialized lawyers. If the relevant procedures are omitted the current share owner may lose the ownership of the shares and the intended purchaser may lose money in case the irregularity is discovered later on, when e.g. the seller gets insolvent, has been liquidated or simply disappeared.

Do you want to buy or sell shares in a Polish company? Check out how the ownership of a property may impact your plan!

Check it out!
This website uses cookies to provide services at the highest level. Further use of the website means that you agree to their use.I agree