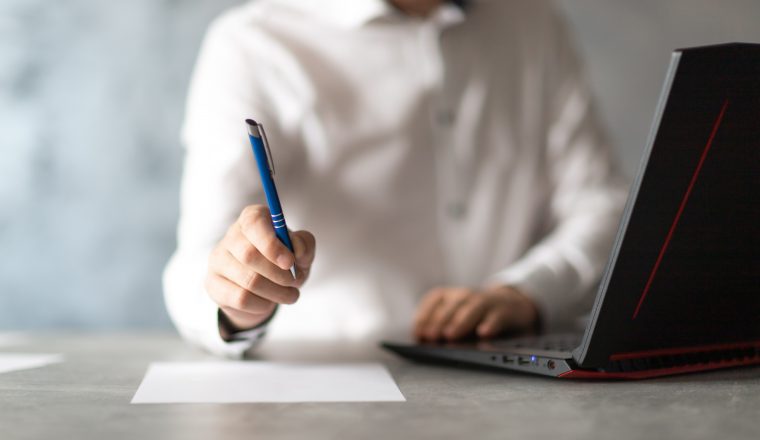 Companies in the SME sector often have lively trade relations with foreign countries, buying or selling goods or services with counterparties from other EU countries or from outside.

It is often the case that the parties to such transactions do not use complex contracts, but rather purchase orders or even just the exchange of e-mails or faxes.

It should be taken into account that in such cases the parties do not agree on the law applicable to a given contract and the court which will settle potential future disputes arising out of its execution.

If, therefore, complications arise during the performance of the contract, for example when the goods purchased or the service rendered are of inadequate quality, are delivered late or when the contracting party fails to pay the agreed price or consideration, it may be difficult to provide precise answers to questions regarding the legal position of the parties.

If the contract was concluded with an entity from outside the EU, the answer to this question requires a detailed analysis of international conventions and the Polish Private International Law Act.

If the sale agreement was concluded between entities from the European Union - the answer to the question of the applicable law should be sought in the Regulation (EC) No 593/2008 of the European Parliament and of the Council of 17 June 2008 on the law applicable to contractual obligations (Rome I) Regulation. This legal act indicates that the law applicable to the sale agreement shall be the law of the country of the seller's  habitual residence.

Therefore, if a Polish company purchased goods from a French company, and in the contract the parties did not determine the law applicable to the contract - then it will be subject to French law.

As a result, a Polish entrepreneur, in order to obtain information regarding its claims, must contact a French lawyer. There is no doubt, therefore, that the lack of contractual provisions indicating the law applicable to the contract may entail severe consequences for such an entrepreneur. The entrepreneur may need to consult two law firms, one Polish and one foreign, in order to have at least a preliminary understanding of their legal situation.

It should also be taken into account that in the absence of a jurisdiction clause (choice of court for any disputes that may arise under the contract), an analysis of the EU law or international conventions is often necessary to determine which court should be seized. It is only after such an analysis that it turns out that the court before which the action must be brought is a foreign court.

A modern entrepreneur, wishing to enter into international transactions, must consciously shape the content of contracts connecting him with contractors. This also applies to contractual provisions indicating the law applicable to the contract and the competent court for resolving disputes. Neglecting these regulations at the contract conclusion stage often exposes entrepreneurs to adverse legal consequences and costs resulting from the need to litigate abroad.

Therefore, it is worth choosing the appliccable law and the court which will have jurisdiction when concluding a contract.

Check it out!
This website uses cookies to provide services at the highest level. Further use of the website means that you agree to their use.I agree